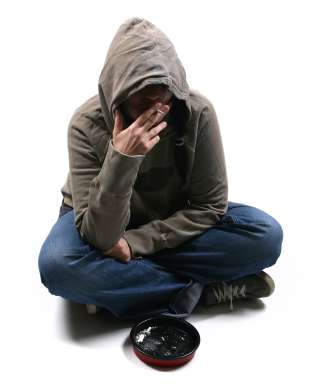 It is ironic that at the same time as we ban synthetic cannabis, and tear the labelling off cigarette packets, price them out of existence, and ban them from being smoked within breathing space of any living creature, supporters of marijuana are peddling the same myths that we believed for far too long about tobacco – that marijuana is harmless, and it can even have health benefits.

It is also ironic that in the same month that dope supporters tried to persuade us that legal highs wouldn’t be as attractive if we decriminalised marijuana, a Harvard University study was published in The Journal of Neuroscience showing that using marijuana even casually is enough to alter critical brain structures. And just last month, a study by French researchers published in the Journal of the American Heart Association raised new concerns about the safety of marijuana and the risk for young adults for serious or even fatal heart problems.

Supporters of decriminalisation would have us believe that cannabis is a gentle, harmless substance that gives users little more than a sense of mellow euphoria and hurts no one else.

But the cannabis now in circulation is many times more powerful than that typically found in the early 1990s, with up to a 25-fold increase in the amount of the main psychoactive ingredient, tetrahydrocannabidinol (THC). Naturally, growers want to sell marijuana with increased potency because it’s more addictive.

According to the American Lung Association, there is 50-70% more cancer-causing material in marijuana smoke than in cigarette smoke. And researchers from the Medical Research Institute of New Zealand found that a single cannabis joint could damage the lungs as much as smoking up to five tobacco cigarettes one after another.

And there is strong evidence that it is a gateway drug to harder drugs like cocaine, ecstasy and P. Of course, not all cannabis users go on to the harder drugs but most hard drug users began with illicit drugs like cannabis.

There are also links between drug use and poor educational outcomes, unsafe sexual practices, poor work attendance and serious mental health issues. Britain’s Medical Research Council says the link between cannabis and psychosis is clear; it wasn’t 10 years ago. A recent UK Government-commissioned report quoted in The Lancet found that a single joint of cannabis raises the risk of schizophrenia by more than 40 per cent and taking the drug regularly more than doubles the risk of serious mental illness.

And there is a flow-on effect. A study from the University of Washington published in the Journal of Abnormal Child Psychology found that children of smokers, heavy drinkers, or marijuana users are more likely to have behavior problems when they are young and consequently more likely to have drug problems themselves as they get old.

Groups like the Law Commission, NORML and the Drug Foundation try to argue that the statutory penalties for cannabis use have not changed in over 35 years and that drug use is a health issue and we are wasting time and resources focusing on the criminal aspect.

But research in the International Journal of Drug Policy (2012) found there has been a substantial decline in arrests for cannabis use in New Zealand over the past decade, that the maximum sentences set out in drug control statutes are rarely imposed, and offenders rarely receive anything other than a fine and a criminal record. Police diversion and Alcohol and Other Drug Treatment (AODT) Courts have been increasingly used.

There is a false dichotomy that criminal sanctions haven’t worked so we should ditch them all together and we should focus only on education and health initiatives.

We should maintain both.

Decriminalising marijuana is the wrong path if we care about public health and public safety, and about our young people.

In Sweden, drug use is just a third of the European average. Police take drug crime seriously but there is a strong emphasis on prevention, drug laws have been progressively tightened, and extensive treatment and rehabilitation opportunities are available to users.

Then there’s the smoke-screen of medicinal marijuana. In 1979, NORML said “We’ll use medical marijuana as red-herring to give marijuana a good name”. But a US study found that the average ‘patient’ was a 32-year-old white male with a history of drug and alcohol abuse and no history of life threatening illness.

Scientists have used the marijuana plant’s primary active ingredient – THC – as a pill form for nausea and appetite stimulation, but the ‘medicinal marijuana’ strategy simply manipulates society’s compassion for people with serious pain and health concerns. 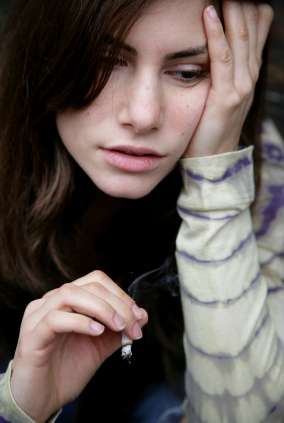 The ‘legalise but tax it’ message is also seductive, but false. You just have to compare the taxes gained on alcohol versus the horrendous fiscal and social costs that alcohol causes to see the deficiency in this argument. Decriminalisation would drive the price down and increase use and harm.

It is the illegality of the drug that has kept its use low compared to alcohol and tobacco. The restrictions on P, heroin and cocaine will never eliminate them, but they’ve prevented a pandemic.

Recently, the NZ police said “The harm that cannabis causes to the wider community can’t be underestimated – we know that the supply and abuse of cannabis has a direct influence on crimes like intimidation, burglaries, robberies and serious violence. It leads to innocent people becoming victims of crime.”

A feeble approach to marijuana use will simply send all the wrong messages to our young people and to our families – that drug use isn’t that big a deal.

Tackle the nightmare of legal highs, but let’s not pretend that marijuana is a harmless substitute.

Say Nope to Dope is a project of a group of organisations and individuals. We oppose any attempt to legalise marijuana. Drug use is both a criminal and a health issue, but any proposal to go soft on drug use, drug growing and drug dealing at any level should be completely rejected. Maintaining its illegality but using a smart arrest policy combined with the coercion of the law is the correct response to drug use. Drug use is a major health issue, and that’s why the role of the law is so important. This is not a ‘war on drugs’ – this is a defence of our brains and health. People should always come before profits. We should say NO to Big Marijuana in New Zealand.